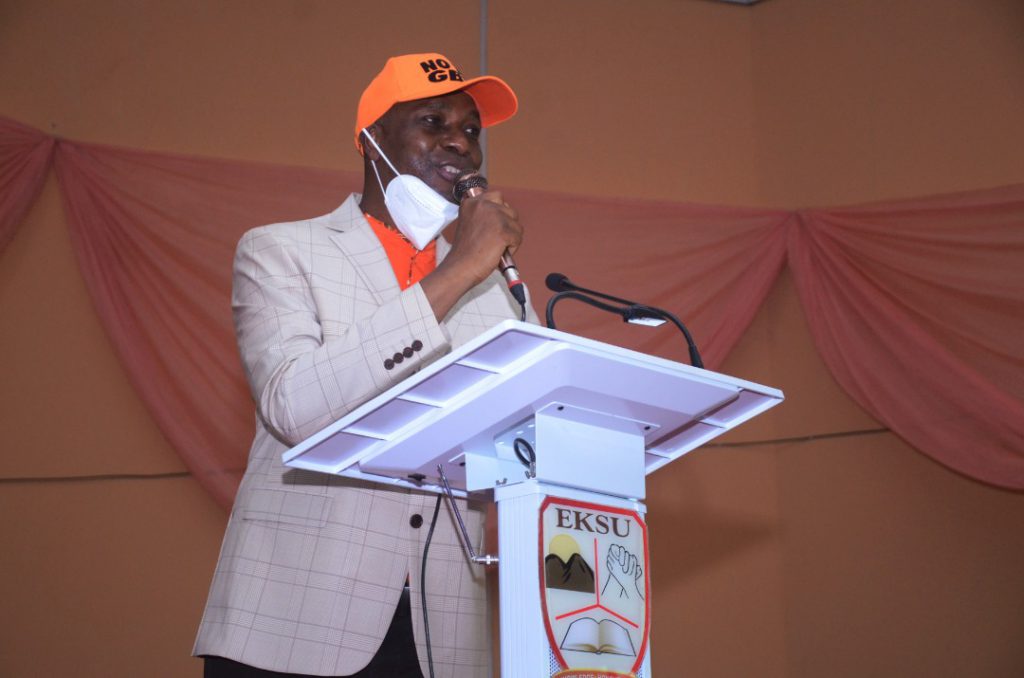 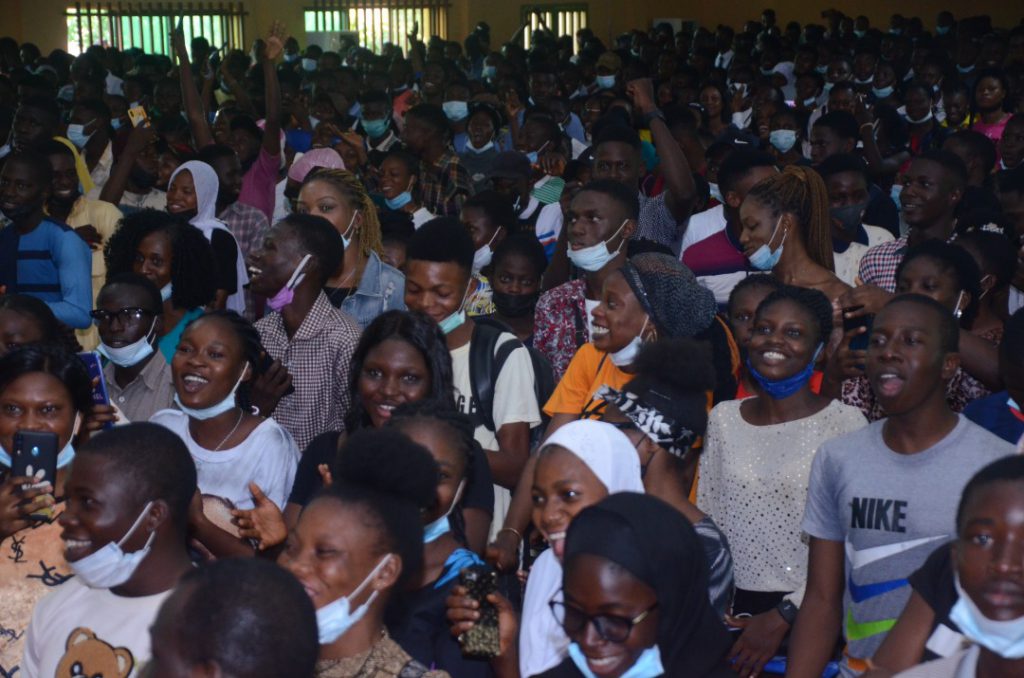 The Vice Chancellor, Ekiti State University, Ado Ekiti has cautioned freshers of the University to be wary of fraudulent cyber cafe operators on campus in order not to be scammed.

The Vice Chancellor gave the warning while addressing freshers of the University at a one day orientation programme organized for them by the Directorate of Students’ Affairs.

Professor Olanipekun said that the warning became imperative in view of the past experiences of some innocent freshers who were duped by some fraudulent cyber cafe operators under the guise of assisting them to pay their fees.   He advised the fresh students to make best use of their ATM cards to pay their fees so that they would not fall victims, stressing that the university would not be liable if any student falls into the hands of such dubious cafe operators.

The Vice Chancellor, while congratulating them assured that they would not regret making EKSU their preferred institution. He also noted the competitive nature and rigours involved while applying for admission into the university, in view of the fact that Ekiti State University has become one of the most sought after institutions, particularly with its recent  Webometric ranking  as the 3rd best State University in Nigeria and the 16th out of the over 170 universities in Nigeria.

Professor Olanipekun further informed the fresh students that a recent ranking has rated EKSU products as the 18th in terms of employability of graduates. While admonishing the freshers to be of good conduct, he reiterated his commitment to zero tolerance for any form of misconduct and promised to make the university environment conducive for them. He assured further that the staff of the university would continue to play their roles as locus parentis.

In his welcome address, the Dean of Students’ Affairs, Prof. Ademilua gave the theme of the programme as FULFILLING YOUR ROLES AND RESPONSIBILITIES IN ORDER TO ENSURE A SUCCESSFUL STUDENTSHIP IN A WORLD CLASS UNIVERSITY – THE EKSU EXPERIENCE.

He, therefore, charged them to make “learning and character” as their watchword.  He explained further that the certificate that would be issued to them after the successful completion of their course of study would be based on the satisfaction of both academic and behavioural requirements, hence the need to comport themselves in good manners.

Various resource persons were invited to speak on a number of topics. The University Registrar, Mr Ife Oluwole spoke on “Rules and Regulations Governing Successful Studentship in EKSU”, while a Deputy Bursar, Mr David Bello handled “Financial Regulations & Approach to Successful Payment of Prescribed Fees”. Other topics discussed at the event included “The Use of Library in Contemporary Nigeria University; The Applications of the university portals for registration and learning; The Health Centre and its role in students’ health care”; among others. The programme was well attended by the Principal Officers of the university, Deans of faculties and other dignitaries.