DON CALLS FOR THE RESTORATION AND SUSTAINABILITY OF QUALITY BASIC EDUCATION

DON CALLS FOR THE RESTORATION AND SUSTAINABILITY OF QUALITY BASIC EDUCATION 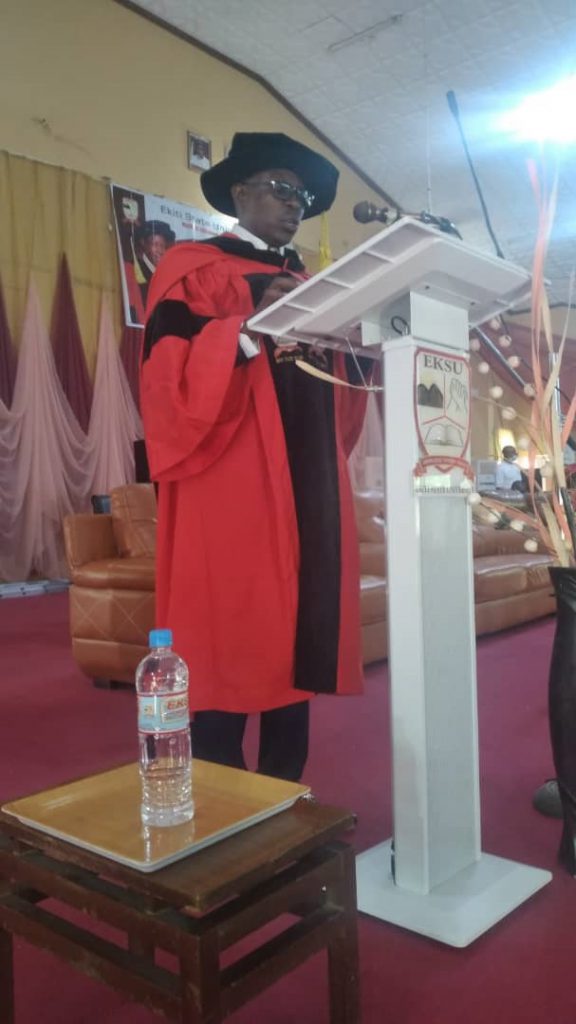 Professor Ayodele made the call while delivering the 62nd inaugural lecture of the University titled:  ” THE *BASIS AND THE BASIC OF BASIC EDUCATION FOR SUSTAINABLE DEVELOPMENT IN NIGERIA”.

Professor Ayodele posited that Basic Education is not only a tool to eradicate illiteracy in Nigeria, but one of the means to guarantee the right of the Nigerian child to Education.

According to the Professor of Educational Management, the scope of the UBE should cover all programmes initiative of Early Childhood Care and Education (ECCE), six year free compulsory and continuous Primary Education and three years of Junior Secondary Education. He stated further that the UBE programme was aimed at ensuring that citizens acquire the requisite level of numeracy and attitude that will make them useful to themselves and the entire nation.

Professor Ayodele reiterated that it could be concluded that Nigeria was not able to achieve the Millennium Development Goals (MDGS) by the year 2015 since it has about 56 millon illiterates according to the Report made by a former Minister of Education in the Punch Newspaper of Wednesday, May 22, 2013.

Professor Ayodele clamoured that the performance level of Universal Basic Education in Nigeria should be a source of concern which should ignite positive action by all stakeholders.

He further opined that the private sector participation in the ownership and control of schools as complimentary to government efforts should become inevitable and that the laudable role of private school ownership can be better appreciated if the quality of the input and process are properly monitored by the government.

The don was of the view that quality education is no doubt a function of the availability and utilization of input resources but effective utilization of resources has significant impact on students’ performance rather than its mere provision.

Prof Ayodele said there was the need for good governance in terms of meaningful and sincere democratisation with sufficient and realistic checks and balances. He further advocated the need for School Based Management Committee (SBMC) to improve school organisational management and effectiveness through a well -directed and synchronised participatory decision making process involving members of the immediate community.

To change the story of Basic Education in Nigeria for the best, the don recommended that teachers at the Basic Education level should be accorded the much desired recognition and respect, as well as  being exposed to continous professional development programmes to enable them improve their performance and consequently their productivity. He advocated that Government should ensure that education policies mature before review and possible change as against the present persistent policy somersault.

The Vice chancellor, Ekiti State University, Professor Edward Olanipekun, in his remarks, congratulated the Inaugural Lecturer and commended him for consistently maintaining his notable integrity. He admonished other Professors who are yet to deliver their inaugural lecture to follow suit.

The Vice Chancellor further implored the Honorable Speaker of Ekiti State House of Assembly, Honourable Funminiyi Afuye, who was in attendance, to advocate financial support at the relevant quarters to enable him move the university forward.