EKSU AND KWARA STATE COLLEGE OF EDUCATION TO STRENGTHEN RELATIONSHIP 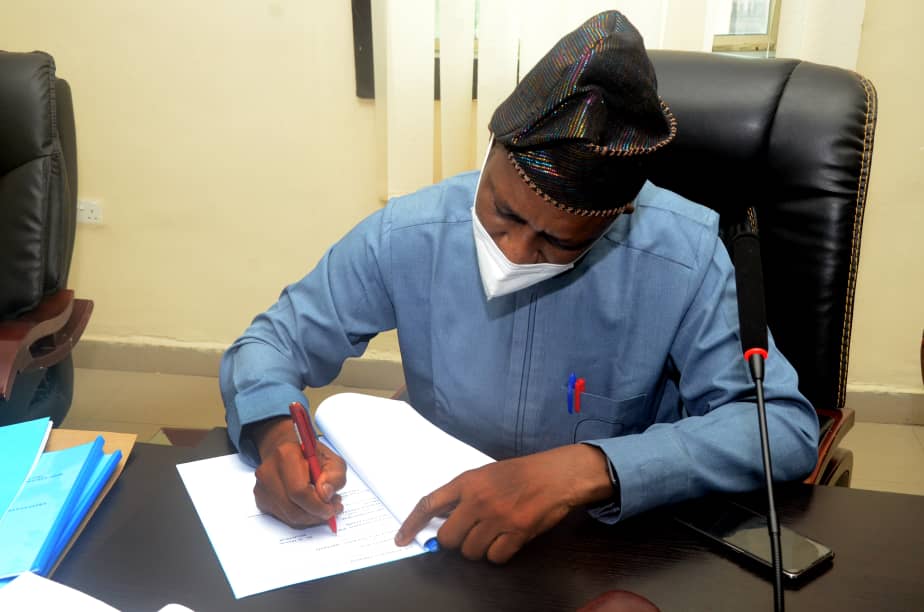 In an effort to sustain the over three (3) decades relationship between Ekiti State University and Kwara State College of Education, Ilorin, the new Acting Provost of the College, Dr Ahmed Jimoh Ayinla has paid a courtesy call on the Vice Chancellor, Ekiti State University, Professor Edward Olanipekun.

Dr Ayinla who was received alongside his team in the Vice Chancellor’s Office, appreciated the Management of EKSU for sustaining the mutual relationship for over three 3 decades.

He stated that his purpose for the visit was to familiarize with the leadership of EKSU and to also concretize his vision of improving the academic collaboration between the two institutions.

The Vice Chancellor, Ekiti State University, Professor Edward Olanipekun, described the relationship between EKSU and Kwara State College of Education as mutually beneficial and productive. He promised that the relationship would continue to wax stronger.

Olanipekun explained further that, Kwara State College of Education in affiliation with EKSU has provided many great minds adding that his administration would continue to uphold the mutual relationship between the two institutions.

Directorate of Information and Corporate Affairs