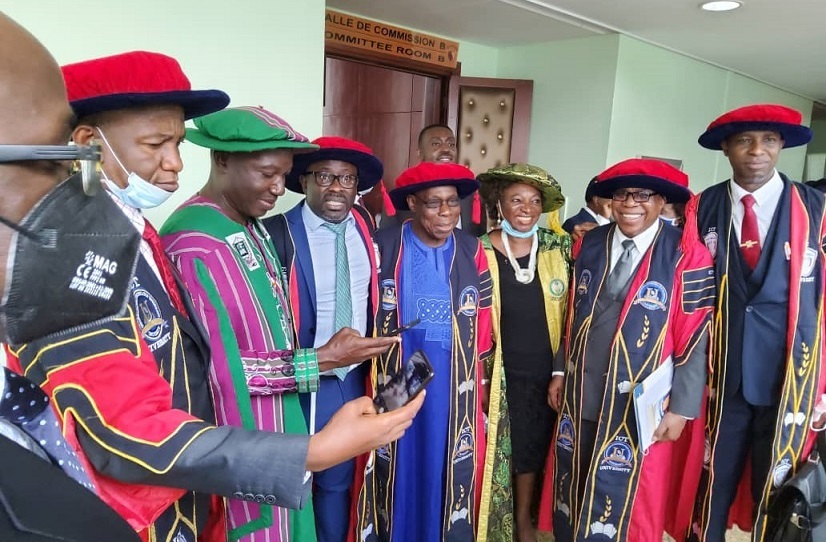 A former President of the Federal Republic of Nigeria, Chief Olusegun Obasanjo and the Vice Chancellor, Ekiti State University, Ado Ekiti, Professor Edward Olanipekun, were among prominent individuals that were honoured in Cameroon recently.

At the ceremony, the Vice Chancellor of The ICT University, Yaounde, Cameroon, Rev. Professor Anyambod Emmanuel Anya, described Chief Olusegun Obasanjo as “Africa’s foremost son who has shaped the political, economic, social and cultural landscape of the continent for over five decades”.

The Vice Chancellor, Ekiti State University, Professor Edward Olanipekun thanked the Council, Senate and Management of The ICT University for the honour and promised that he would continue to contribute to the development of education in Nigeria and beyond.