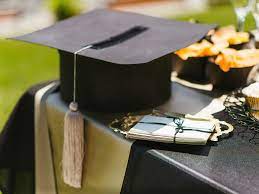 The Vice Chancellor, Ekiti State University, Ado-Ekiti, Professor Edward Olanipekun wishes to thank and appreciate all well wishers who have sent messages of congratulation to his family over his son’s graduation at Oxford University, United Kingdom. The Vice Chancellor is impressed by the way people have been celebrating his son (Temilorun) and prays that the Almighty God will uplift everyone’s children.
It is, however, apposite to make it abundantly clear that the Vice Chancellor strongly believes in the Nigerian project, in general and EKSU, in particular. As a Comrade, he does not believe in either medical or educational tourism, common among some privileged few.
The graduand, had his first degree from a Nigerian university and graduated with a First Class honours. Consequently, he won a FULLY SPONSORED (highly competitive) scholarship to embark on his Master’s degree programme at Oxford University. The scholarship incorporated accommodation, tuition, feeding and other expenses. Indeed, there was no way his father could have discouraged him from studying in the prestigious Oxford University. As a matter of fact, the graduand only informed his father after receiving the letter conveying the scholarship award.
This clarification becomes imperative with a view to correcting the misgivings by some mischief makers in certain quarters, particularly on the social media.